More Than A Christmas Tree 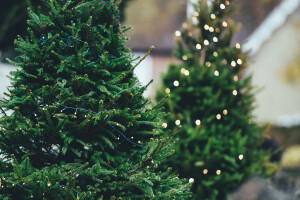 I love and enjoy this time of the year as much as any other. I love the snow, Christmas trees, decorations, carols and especially love Handel's Messiah. At our home, the celebration on December 24 begins with appetizers and a family time at Maranatha for the Christmas Eve service. The evening culminates with a fondue dinner prepared by Ruth, Cara and Nicole. Special times spent with family are really meaningful to me. 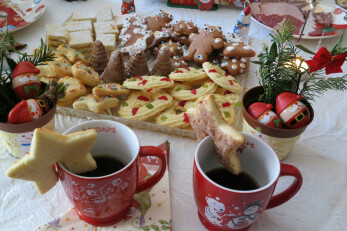 Sadly, for many, Christmas is only about the traditions. Many seem to have forgotten what the real story is all about. Simply told, the Christmas story is about a baby that was born.

His coming was to reveal a plan that his Father had conceived since the beginning of time. This baby would be conceived supernaturally, which made him God. He would be borne of a virgin and thus would become fully man. He would reveal to the world what his Father actually looked like. In fact, every miracle that this baby was involved with was intended to reveal the Fathers love and care for humanity.

This baby's destiny was to fulfill a purpose that would ultimately lead to his death. When Jesus died, He was alone. No one understood why it had to go this way. The dreams of many who had believed that He was the Messiah died that day as well.

It was a hard road that he chose. Yet, the story was not over in the grave. It would have an incredible ending. He would rise from the dead three days later and then he would leave this earthly world some days later with a promise to those who had been his best friends.

The promise was that they would receive the same Spirit that had been in Him. By this Spirit, they would go into the world to reveal the Fathers love in the same way that He had. The message they carried out was that every human was valued and had worth to God. The reality was that His love could be experienced by everyone. His death and resurrection insured that everyone was forgiven. It meant that everyone was intended to leave just as He had lived. The supernatural life that he demonstrated was not just for the few. It was also meant to be our destiny.

The church age began with a great demonstration of his power. We are now in the time leading up to the greatest demonstration that the world has ever seen; the Father's love released and revealed by a people who are passionately in love with him. May our prayer this Christmas be:

Thank you, Clare, for this awesome message, and for bringing us back to the basics of what Christmas is all about.

I find it isn't hard to remember what Christmas is about but for some reason it does seem to be filled more with the things than the story and the real meaning. I feel like I have 1 week left to make Christmas count but that's not true. As a parent, I want to be sure that our kids are understanding the true meaning and the Christmas story is just the start of that. Like you said, it's how we live throughout the rest of the year that really shows that we "get" Christmas; what God's has done for us, His love for us, and understanding that we have God's spirit living in us.