Maranatha Blog - It Came Upon the Midnight Clear

It Came Upon the Midnight Clear 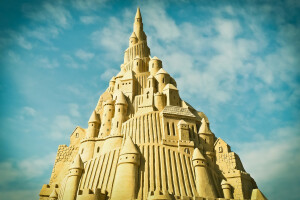 Posted by Roger Armbruster on December 16, 2016 with 5 Comments

As I get older, I am amazed at depths of truth that are in some of the traditional Christmas carols that I had missed seeing previously, even though I have sung these carols many times before. For example, the other morning, Marge and I were singing together the well-known carol, It Came Upon the Midnight Clear.

A line in the second verse struck me in a way that I had not noticed before.

Still through the cloven skies they come, with peaceful wings unfurled,

And still their heavenly music floats o’er all the weary world.

Above its sad and lowly plains they bend on hovr’ing wing,

And ever o’er its Babel sounds, the blessed angels sing. 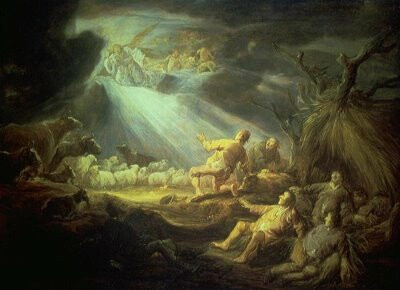 A CONTRAST: HEAVENLY VS EARTHLY

Suddenly, the contrast between what was going on in the heavenly realm and what was taking place on the earthly scene really impacted me. On the very night that the angels appeared to the shepherds in their field, it was a time of many Babel sounds being expressed upon the earth.

The Roman government of the day was based upon a Babylonian system of control, forced submission and coerced taxes that was resulting in many confusing voices, conflicting opinions and chaotic thoughts and sentiments.

THE PRAISES OF HEAVEN

In contrast to those “Babel sounds” on earth, the blessed angels broke into that atmosphere with the high praises of heaven, singing a song of great joy and glad tidings for all people in that a Saviour was born on earth. He was the King who would bring peace on earth to all people of goodwill.

The thought came to me that the heavenly angels still live continually in the very atmosphere of heaven by singing the high praises of God for the things that He is doing that may be hidden from the eyes of people on the earth, and therefore require a revelation. The writer to the Hebrews tells us that we, who live in the new covenant have come “to an innumerable company of angels, to the general assembly (festal gathering) and church of the firstborn” (Hebrews 12:22, 23). 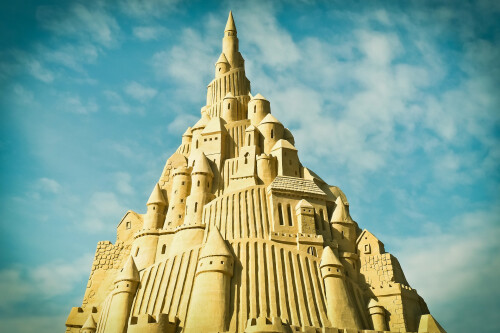 IN THE MIDST OF SHAKING

AGREEING WITH THE ANGELS

My prayer is that as never before, at this Christmas season and throughout the coming year, that the church will increasingly shift the negative atmosphere on earth by joining our voices with the angelic hosts in agreement with heaven, and proclaim a message of glad tidings to all in that a Saviour has been born to bring peace on earth (a peace which begins in the heart), and to bring goodwill to all men and women everywhere.

As I read this article, the part that stands out to me is "do not forget to entertain strangers, for by so doing some of unwittingly entertained angels". Although it's a different version than I'm used to, it reminds me that I need to be willing to open my home. I find it easy to have friends in, church family, but to allow strangers in, that's definitely out of my comfort zone. We sometimes have people over that we don't know well but come from the same circle that we come from. I see this as going a step farther - uncomfortably farther. In the new year, we will be taking that step - please pray for us in that. We want to advance God's kingdom.

Thank you Karen. I think this is what God is after from each of us. If each year we take some steps to move beyond our present comfort zone, we will eventually find ourselves connecting with an ever wider circle of people, all of whom will contribute something of value into our lives, as we minister to them as well. I think that it is as we get to know the Father, we start to feel safe within an ever widening sphere of relationships.

May we all be challenged to move beyond our level of comfort. We will see His Kingdom established on earth as it is already in Heaven.

Just love the concept of agreeing with the angels that are still singing high praises to the King of Kings need to remember this. Thanks Roger.

Well we took that step that I was talking about and we were blessed far more than I would have ever believed. Stepping out of our comfort zone, welcoming in a stranger into our home for a month, and having that stranger become a son was amazing. God is good!