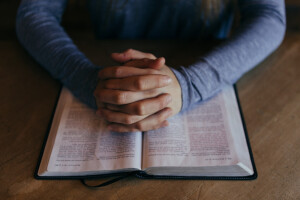 Recently, I had the opportunity to read an excellent book by David Kinnaman and Gabe Lyons, entitled Good Faith, Being a Christian when Society Thinks You’re Irrelevant and Extreme.

David Kinnaman is the president of Barna Group, a leading research and communications company frequently quoted in major media outlets. Gabe Lyons is the founder of Q (as in Questions), a learning community that educates and mobilizes Christians to think well and to advance good in society.

What are the best practices of growing churches?

I was especially interested in their comments about what qualities or priorities distinguish growing churches from those churches that are maintaining or declining in attendance. What are the best practices of growing churches in a post-Christian context?

They found nine factors that make a significant difference between baseline churches (maintaining or declining) and growing churches. These factors impact church health in an increasingly secular culture. Among these nine, four are external pursuits:

And four factors are internal goals:

Growing inward with Christ (which is pastoral) and facing outward as the body of Christ (which is apostolic) is a powerful combination. Spiritual leaders play an essential role in helping to fine-tune a church’s balance of both discipleship and cultural engagement, the inside-outside dynamic. The church sets itself apart as a Kingdom culture which brings transformation to the secular culture by devoting sustained energy to both inward and outward expressions of discipleship.

“Then He appointed twelve, that they might be with Him (internal intimacy) and that He might send them out to preach (external mission), and to have power to heal sicknesses and to cast out demons” (Mark 3:14, 15).

The first-century believers could bless the world by showing God’s goodness because they had answered God’s call to become a holy nation of priests that practiced the presence of God. They were a new community of faith that was both living in God’s light and shining into the darkness of the present age.

Recently, in a report that I did for our Annual Meeting on outreaches that took place from Maranatha in 2015, I used a line from David Ruis that declared: “Let Worship and Justice Kiss!” Worship is internal intimacy with God, and Justice is what engages the culture that flows out of intimacy with the Father in reaching out to the orphans, the widows, the fatherless, helpless, and in praying for the sick and the oppressed within the existing household of faith and in the secular culture around us.

We shine as lights in the darkness when we:

Citizens of The City of God

When the dominant culture was freaking out at the time that Rome was being sacked by the Goths in 410 A.D., Augustine reminded the Christians that they were citizens of a City, the New Jerusalem, which could not be overcome even by marauding barbarians. The world as they knew it was falling down around their ears, but Augustine encouraged them to look beyond the borders of Rome to the new nation God was building in the church in his book, The City of God.

“This heavenly city, while it sojourns on earth, calls citizens out of all nations, and gathers together a society of pilgrims of all languages.”

This heavenly city has its own distinctive culture which often contradicts or counters the broader secular culture. Christ does not simply infiltrate a culture. Christ transforms culture by forming another city, another sovereignty, with its own social and community life. How can we do this?

This is why true Christians root their identity in something real. Humans need a fixed point outside of themselves that will help them to know who they are, against which they can measure how well our feelings reflect reality. Our identity, calling, and purpose come from a Source outside of ourselves. When we do not submit our feelings to the Source, to the Spirit of God, we risk deceiving ourselves.

If we focus on only the inward spiritual development of our children, we will fail to prepare them to be on a mission for Jesus in their generation. These young people may have strong faith, but faith is not Christian if it fails to be effectively expressed in the world. Conversely, if we over-focus on preparation for life in today’s complex culture without attending to a deep understanding and practice a life of intimacy with the Father, we risk their identity becoming innately of the world.

This is Jesus’ prayer for His disciples in John 17:15—that we might be in the world but not of the world.